The Monoprice 8251 speakers are a good looking and interesting pair of speakers, priced at only $80. The first thing I should note is they are BIG. They sport a small tweeter, a 4″ midrange woofer and a 8″ large woofer. The drivers themselves look pretty good with the grills off.

The design of the Monoprice 8251 is what’s called a three-way design. Instead of the usual tweeter and woofer, there’s two woofers of different sizes and a tweeter.  This means that each driver is responsible for a 3 octaves a piece (roughly) instead of 4 or 5. That way each driver can specialize and do a great job at a smaller part of the spectrum.

That’s the theory, in practice, three-way designs are very difficult to make and require a complicated set of crossover circuits. When you’ve only got an $80 budget, lots of shortcuts get taken and the result is a speaker you should avoid.

When you listen to music or TV through these, it just doesn’t sound correct. The warm coloration is very distinct. Different frequencies sound like they are coming from different places. While that is technically true, a good speaker won’t make that obvious to a listener.

The thing this speaker should do well, providing bass, is lacking. I immediately wanted to add my subwoofer back into the setup when I was listening to these. You don’t buy speakers that giant so you can use a subwoofer.

All-in-all, if you’re looking to spend this level of money on a speaker, get the Micca MB42X. As you can see from the picture above, its quite a bit smaller. It also sounds remarkably good.

Now let’s take a look at the measurements.

Wow, that frequency response looks awful. I normally set the level at 1000 Hz to 0dB, but the dip is so large it misaligns the whole response curve, so I used 900Hz instead. The dips at 1000Hz and 10000Hz, along with the resonance at 4000Hz are just unacceptable for listening. Not to mention the steady slopes of the response curve in between large peaks and nulls.

I can’t mince words with this one, the speaker is just not something you want. Get a Micca MB42X instead. Here’s the review for a much better, similarly priced speaker.

Choosing to add a home theater to your home is a big commitment. In addition to the expense of all of the electronics, the furniture, and the furnishings, you’ve chosen to commit a whole room of your home to having the best in home entertainment. If you are just starting out, you need a guide to teach you the basics of all the different parts of a home theater, and you need a guide to show you how to pick out all the pieces to have the best system you can have.

My book will teach you how to do all of this. It is a quick guide to getting you started in the world of home theater. Check out the book on Amazon 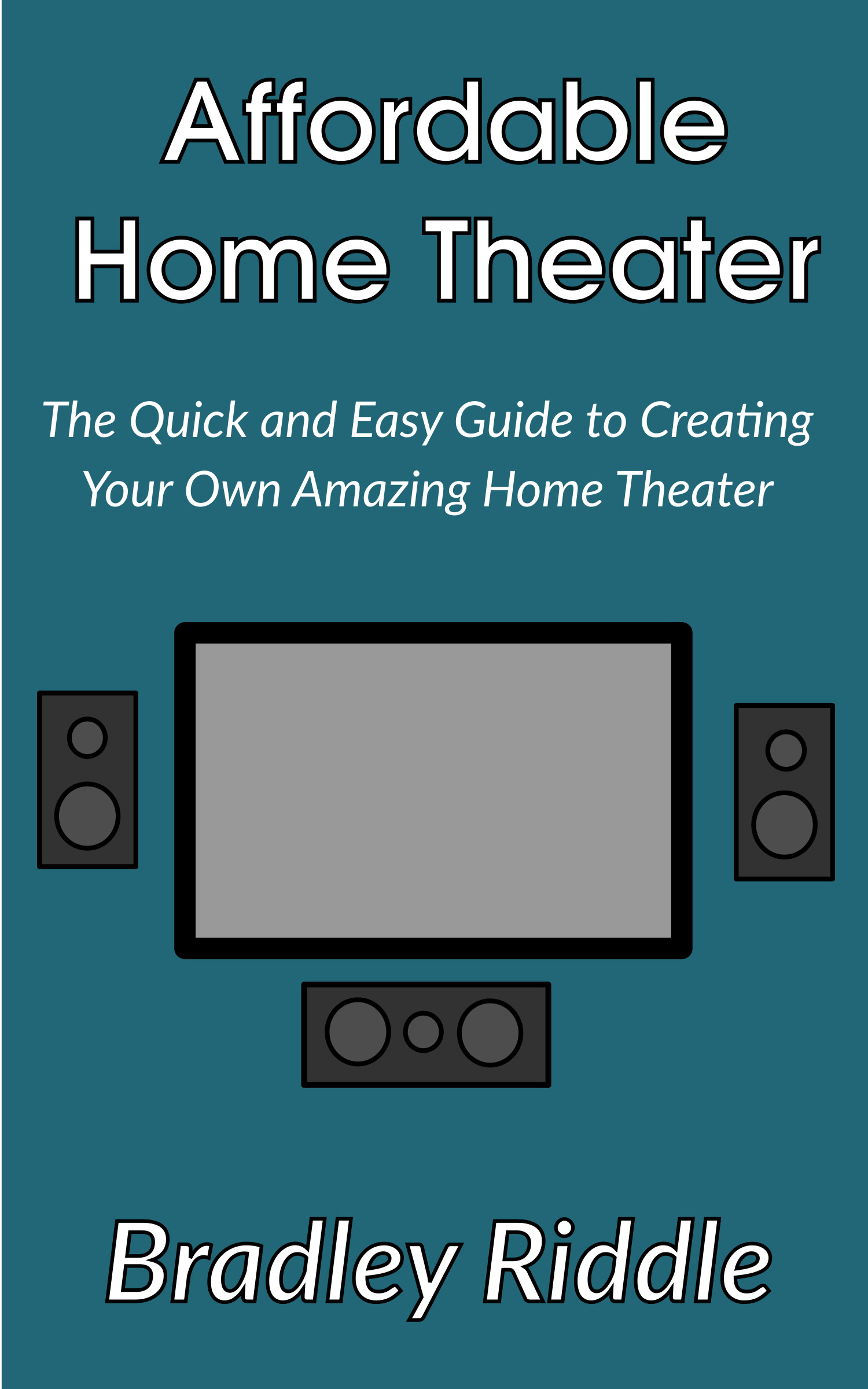 My name is Brad Riddle, and I hope you’re enjoying reading about how to get the most for your dollar when buying audio for your home.

A short introduction to me: I’m an electrical engineer working in the audio field. I have a love of all things audio, and this site is an extension of that. I received my Master’s Degree in 2012 from Georgia Tech, and have been working in and around audio fields since my undergraduate days at Lehigh University.

To get in touch with me, send an e-mail to: brad@affordablehomeaudio.com I'm happy to chat by email or other means about your needs.

For whole room or whole system planning, I am available to provide consulting services.

Sometimes links on this site are affiliate links. At no cost to you, if you click through this site and buy then a product, I'll get a commission. It is how I keep this site ad-free and keep getting more speakers to review.